I started the new month by heading out of town to St. Paul for my once a month visit. It took me awhile to get out of work (long story)..;)...I'm just thankful to get to the cities from Morris and back safely and sound each time. I decided to go to the cities this particular weekend because of the events going on. The first one was going to the annual "Festival of Nations" at St. Paul's River Center, which I brought my mom, niece, and nephew this year. I've appreciated the diverse cultures more and more after living in Morris each time... 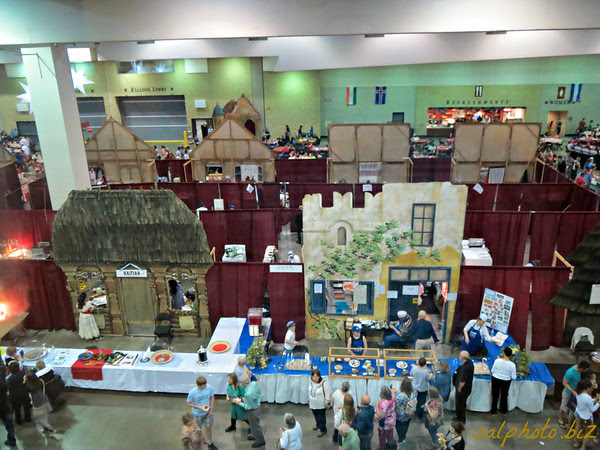 It was such a beautiful sunny day too, which it was hard to be inside for 2 hours. We enjoyed walking to and from our car to this venue, which I took some great scenic pics along the way if you click on the photo above.

Then, I went to the UofM-TC campus for this birthday celebration of a former UMM faculty member. It was somewhat a UMM reunion too, which it was a blessing to see many familiar faces from different years I've been in Morris as a student and after.. 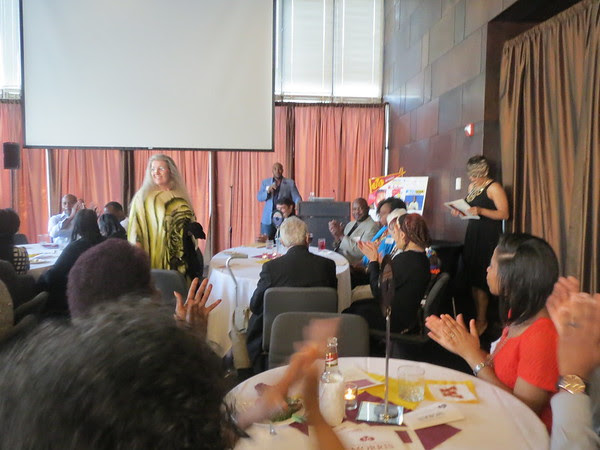 I then had to leave early so I can attend the "BIG fight" that my younger bro was hosting at his family's house Saturday evening. I played some "night" basketball with some kids out in the back driveway to "kill some time" before the main event. It's always fun playing with the kids of my "other family"..

Manny Pacquiao vs. Floyd Mayweather 2015: Scorecard, Live Round By Round Coverage Of Fight

I worked out on Monday (4th) and felt great as I benched 185 lbs, which I haven't done this since my college days! However, the bar is "attached" to the machine, so it might not be as heavy as a "free weight" bench. On Thursday (7th), it was the annual "National Day of Prayer", which is always a blessing to join other churches in the Morris community. The next day, I continued this digging project, which I started earlier this Tuesday. I've been asked to do some digging projects by a particular friend after seeing my "solo digging project" I did around my house (front and back). It's a great side-job and workout!

On Saturday (9th), it was a beautiful sunny day and warm enough (not as windy as past years) for the UMM Graduation to be held outdoors on the Campus Mall... 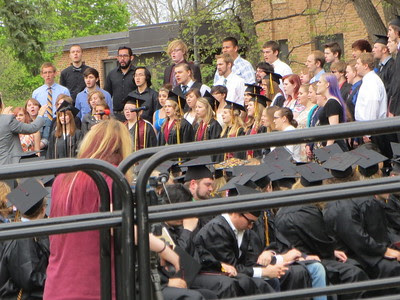 It was great to see some friends graduate-including my housemate (Jin) from South Korea.

I wasn't able to be home for "Mother's Day" (Sunday 10th), but I made it up by celebrating the weekend before by buying pizza (Dominoes) online for my parents. It's always a good time to reflect how we are thankful for our mothers and to show that appreciation with this significant "holiday". However, we need to do this daily!

On Tuesday (12th), it was our last day of the "season" to go swimming with my workplace. This is one of the best parts of my job! :)

We had a huge "downpour" on Saturday (16th), which caused some minor flooding around town. However, not as bad as some past years. It was "somewhat" better than the tornados (southwest in Swift County) that touched down "not too far" from Morris. I'm just thankful for the big projects I did around my basement to prevent water "overflow". I remember, I would have a "lake" in my backyard, but all the landscaping I did paid off!

On Sunday (17th), it was a fun day at church and after as I was part of the worship team, which I enjoy doing! I then joined some friends (Matt, Nina, and Tony) at the Ranch House for their "noon buffet" (both breakfast and lunch)! It was the young couple's first time there as I wanted to treat them as they were moving and they both graduated, and it was a blessing to be in the worship team with both of them the past year and a half. I then played a short game of tennis with Matt at the Green River tennis courts, but we played like less than 30 minutes or so due to another wave of thunderstorms. I even started seeing lightning in a distance, so we quit before it started pouring.

On Tuesday (19th), I did close to 3 hours of yardwork, which Spring is a busy time of the year -especially with our frequent rain lately. It keeps the grass growing, which one has to mow their yard at least once a week for awhile.

I attended the annual "Women of Today" Prom Dance on Thursday 21st, which a lot of people from my workplace loves to go each year. I too myself as I love dancing. The next day, I helped my pastor (Pat) and his wife move to their "new" house and then I had to leave early to attend a school program my student (G.E.D.) invited me to her church/school that she teaches at. It was a pretty cool experience as I never went to a "Mennonite Church".

On Saturday (23rd), I started a "gutter" project, which was my first time to do for someone else. I've done a small one for my garage, but not for a house. It built my confidence to do more future similar house projects. The following day, I went to Don's Café with a couple of friends from church. It was packed, so it took a "little" longer to get our lunch (waited an hour or so). It was a great fellowship time! It was Memorial Weekend, so I had the next day off. I took advantage of this day to catch-up on "house projects". I even scanned some "old pics" from a photo album I found in my sister's room when I last visited family in St. Paul. 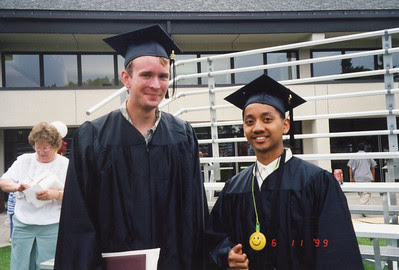 On the 27th (Wednesday), I had a surprise guest as I was about to head out to go for run at the UMM track as part of my long distance running exercise (cardio). I was running late as I was working on my "house refinancing" via online. I was somewhat frustrated it was taking long, but realize it was for something as my neighbor introduced me to a guy that wanted to come see my house. He was the first owner of my house and whose family build this house. I gave him (along with his daughter and daughter's husband-Severson) a tour of his "old" house (built in the 50's), which he gave a brief history (e.g the carpet in my attic was the same one when he lived there..lol).

The last weekend of the month was another "productive" one. I helped a friend (Paul) moved some furniture on a sporadic "last minute" call. Then I returned home doing some interesting research on mental illness, which has been "opening" my eyes on the controversy of "prescription medication" and the whole diagnosing. For the last day of the month, I continued more of my biking challenge as I'm trying to get as many miles before the summer ends. I end up riding my bike to the West Central Research Outreach Center, which I saw a deer unexpectedly. I have a video of it too, which I'll be uploading hopefully soon as time permits.

Posted by goodnewseverybodycom at 3:10 PM No comments: