It's getting close to the end of June as I write this, so I decided to do my May reflection now in this early cloudy Saturday morning. I begin my reflection of May with my last vacation days of my Antonio, Texas trip. The day after the wedding, I wanted to see more of this city. I went to a Filipino-American "majority" church close to my motel and was "ministered" to on "Your Words Will Dominate My Life, from Pastor Joe of Lord of the Harvest Church" (see notes)! I had the opportunity to "hang out" with my friend's (Bride) friends. The temperature dramatically got 40 degrees colder (97 TO 57) from the "day of the wedding"! It wasn't nothing to unusual as I've experience this similar many times back in Minnesota. While hanging out at the house, we would find out the "infamous" Osama Bin Landen is dead as he was "supposedly" (see other 9-11 theories!!) killed during a "U.S. attack". I continued my own way and ignored this news like many other "propoganda" news. We would later go to this "cool" place called "Orange Leaf", which was a "make-your-own" yogurt dessert place. My eyes were literally "bigger than my stomach" as I got more than I could eat!

I returned back to Morris with a great community gathering called "Cinco de Mayo"...

Cinco De Mayo Celebration (May 5th 2011) in Morris, MN from GoodnewsMorrisInfo on Vimeo.

It was awesome to see the progress our small rural college town community has made in building the relationships with this growing "Spanish-speaking" community of Stevens County. God has grown the passion in my heart since help starting ESL classes for them back in 2004 and answered my prayer on having others in the community "jump on board"!

This month was a time of doing a lot of landscape work (see slide-show pictography) in my backyard after that 3-month long project (e.g. Drain Pipes & Sump Pump) last Fall. I'm blessed to have a great "new" neighbor who borrowed me a tiller (for the 16 square yards of black dirt in my backyard)in "perfect-timing" before the many long streaks of precipitation later mid-may. I'm just thankful to God for having this blessing and don't want to forget to share this through "hosting friends" over to hangout. The on-going house projects overall can be tiring and draining (e.g. financially), but I need to keep remembering to ask God how I can use this to "bless" others!

My housemate (Anthony) had a very significant dream that I don't want to forget myself as I was in it. We both felt it was a "warning" message from God on using more discernment on how to make use of our time and not to have "others" we feel are helping-"eat away our resources" (e.g. time)!

After practicing my photography at my friend's wedding, I wanted to try the graduation at the local college I attended... 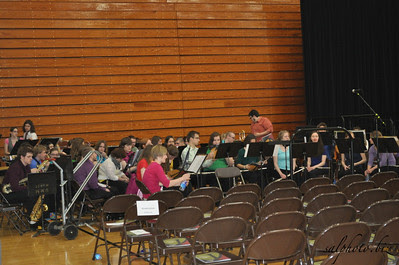 I'm also thankful to have another part-time job, which I was able to "pick-up" some extra hours this month. I saw it as "God's provision" to meet my financial needs from the debt I created through my recent "investment" of the camera I bought and my trip to my friend's wedding in Texas. After working at the group home (see physically challenged) since graduating back in 1999, I don't really see it as a job anymore. Building longtime relationships with the folks at the group home is like getting paid spending time with "family"!

Mid-May I got an unexpected email (via Facebook) from a friend's mother, who I would later found out I was randomly picked. My friend told me that he hasn't seen his mother since she left him since he was a kid. This is currently an on-going story, so I'll update you all with their permission.

During the third weekend, I went to the cities again (three times in a month-span). This time, I had a friend (housemate) with me as I drove Friday after work to pick a friend of his flying from Arizona. I would do my favorite "showing-off my former city" of St. Paul and then took him (like many tourist to Minnesota) to the Mall of America. It's been a spring stormy season, so we encountered some hail on our "scenic-route" way back to Morris...

...I'm just thankful that we can pray and ask the Lord for protection, which my housemate reminded me in this situation. The following day, Minneapolis got hit with a tornado and caused damage that they are still cleaning-up to this day. In perspective, it wasn't bad (deadly) as a town called Joplin in Missouri. May was a month of bad weather!
Posted by goodnewseverybodycom at 4:49 AM No comments: