I started the first weekend by going to the annual "Taste of Asia", which I used to take part in organizing this event when I was attending the college here at Morris. It's nice to see this event still go on since graduation and enjoy watching the new students of ASA each year organize this... 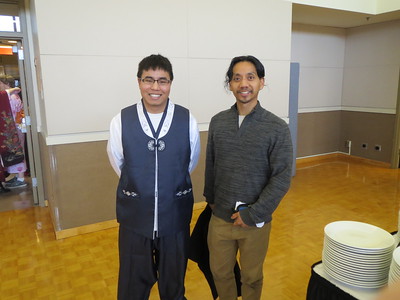 "Picture of Kevin C., who I got to know through my current renter"

I spent the first weekend doing my taxes, which is a little later than last year due to no snow days this past winter. I like to do it on days with bad weather, which there weren't that many. I was then able to have some "fun" by going golfing on Monday (4th), which I took a couple of my English students from Brazil (1st time)...


The second weekend of April, I joined thousands online around the world watching the #Azusa Now Revival 2016 that was being web telecasted "live" via online. This comes in a critical time in our nation-world with the up-coming "crazy" Presidential campaign election.

I went to the cities the 3rd weekend to celebrate both my mom and sister's "be-lated" birthdays. We celebrated at a Chinese restaurant (House of Wong) in Roseville, which was a good quality time spending with family.

I got back on Sunday evening, so I can attend a concert some friends were putting on at the Platform. I bought a CD and was flattered to see my name on the credits (thank you)...


I then came home to upload this video (above) and realized my name was mentioned in the song ....aww :)..thanks Matt O!.. 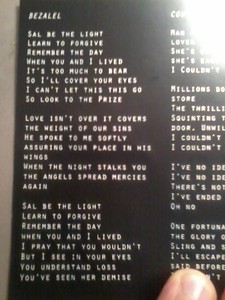 Passover (around the time of Jesus' resurrection) was the 4th weekend of the month. I "tried" to recognize this "feast of unleavened bread" by not eating "bread" for some days as a rememberance of God's blessing. I attended a concert by a guy from IHOPKC on Sunday name Ryan Kondo, who will be going to New Zealand by the end of the summer for a mission calling.

The following day, we had our annual staff board -appreciation supper, which my co-worker's husband (Fred M.) cooked some great ribs. I rarely eat "red meat", but was opened to it just this once ;) Thanks Tammy & Fred M!

Posted by goodnewseverybodycom at 7:18 AM