My first theatrical experience (Aladdin the Musical at the Park)

It's the morning (Sunday, September 13th 2015) after our last of two nightly theatrical performances. I wanted to share my thoughts of my first experience in theatre while it's fresh in my memory. First, I can say I can cross this off my checklist of my "bucket list" in things I always wanted to do in my life. I was too shy growing-up, but got more "social" during my college years due to many factors (e.g. small college campus community and mostly because of my new growing "faith" (see personal testimony).

I decided to audition for this particular performance because I'm a huge fan of musicals overall. I love singing..."I try". Since growing-up, I somehow just love the movie musical ("Sound of Music"-Music: Karaoke-"Edelweiss"). If anyone that reads this and knows of any auditions for this, please let me know :)! In fact, it's coming "locally" (St. Paul's Ordway Theatre this winter-Christmas season). I first heard about these auditions from the local paper (Morris Sun Tribune (Community invited to join Plays in the Park By Kim Ukura on Jul 18, 2015 at 5:13 a.m.) , which I regularly read online almost nightly to read "whats happening" in my local community. I got very excited and clicked on a link on "Plays in the Park". I immediately started practicing the lines of Aladdin's song "One Jump". I thought after competing in the Kiwanis Talent Show the month prior (June), I felt confident to do this. However, my original intention in auditioning for Aladdin was to get a "minor" role with this being my first theatrical experience. When I auditioned the second of two days on Friday (August 7th 2015), I didn't know what to expect. It was my first auditioning experience. They asked me to sing one of the character's songs. I decided to choose Aladdin's "I Can Show You the World" since I've done this song many times. I even told them I know it by heart, so I didn't even to bother to use the song lyric sheet. However, I would realize I really didn't know the lines as I was "messing-up" mid-way of the song. I felt very bad and they told me that was it for auditioning. I felt really bad as I wish I could've shown more. However, they did ask me to fill out an application, which I shared my "resume" of musical performance experiences (e.g. playing the trumpet back at middle school, doing some video recording skits for work (e.g. training videos), etc..) . I wrote down about my participating in the month prior "Kiwanis Talent Show" when I performed "Somewhere Out There" (also a Disney song).

The next day, I checked my email to see if I passed the auditions. I would find out later in the evening and I got a part and was very excited. I kept it a secret from family and friends until weeks later when the topic came up. Our first practice started immediately since the first performance will be a little over a month. We started on Monday (August 10th), which was somewhat an ice breaker and wasn't intense. We had to read the lines of our characters together and got to know each other briefly. However, the number of lines for Jafar was a little overwhelming. It was more than I thought I could handle. I even pondered about quitting because I was thinking this was too much for me. At the time, we didn't have anyone to play Aladdin, so I decided to stay. In fact, I looked around, and I was like the only guy there for the major roles. I decided to stick with it and help out. I believe 2-3 practices later, we found our Aladdin (David), which I even asked Joe earlier if I should advertise around for this missing role. I even emailed and texted a couple of guy friends. Also, I placed a post on one of our facebook groups (Community Needs) . Then the director (Joe) gave us our schedule of rehearsals. I was able to make to most of them except two due to scheduling conflicts. I really needed as much practice as I can, so I decided to skip one "schedule conflict" (annual A.B.E. Consortium "training" meeting). I'm glad I took voice lessons earlier this summer because it helped sustain my voice. I remember the first week of rehearsals, I left early to be part of my local church worship practice. I started to lose my voice this early, so I did a lot of voice exercises my voice lesson teacher (Kurtis) taught me. Also, the necessary "natural remedy" tips (e.g. moisten your throat frequently). On August 26th (Wednesday), I was asked to drive the work bus to Chanhassen Dinner Theatre for our annual trip. I asked my boss if I can have someone work for me because we had rehearsals for the whole of Act 1, which I needed as much practice as I can. Unfortunately, there were no co-workers that could. I wasn't totally disappointed because I was somewhat anxious to see Mary Poppins, which I looooove musicals! I'm glad I was able to go since it gave me some inspiration and ideas to go about doing my theatrical performance with Aladdin!.

During the time of our practices, I decided to do a parody of "I Can Show You the World" from my character's (Jafar) perspective. Here is what I came-up with => Music: Parody-“Creepy Old Cave” (originally from “I Can Show You the World” from Aladdin) by Jafar. Also, I took sometime to reflect on my character and how all of us can be a "Jafar" in life-> Disney Character: Jafar-"Why M-E?"

Our last week of rehearsals were moved from indoors (St. Mary's) to outdoors at the actual performance site.. 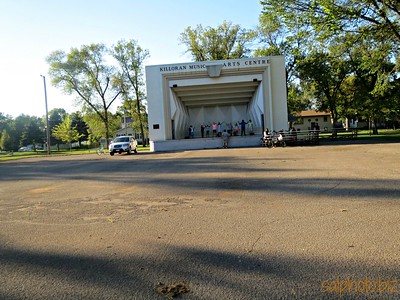 Plays in the Park presents Disney's Aladdin from morrissuntribune.com


It was somewhat a challenging transition, but it was good to have preparation on the actual site of our performance. During our practice outside, after repeatedly rehearsing the scene where I sing and tease "Prince Ali" being merely "Aladdin". I started to feel sorry for Aladdin while singing. It was one of those moments where I just got out of character. It was one of those interesting acting experiences. On Wednesday (September 9th 2015), our director (Joe) shared about how the local paper will be coming and that we might need to bring sharpies to sign autographs. One of the kids from the ensemble team replied softly to me, "Wow, wee are going to be famous!". I then thought to myself, "I don't want to be famous, I want Jesus to be famous" (I thought of this song rancesca Battistelli - He Knows My Name (Official Audio)) . I responded softly back..."yeah..like Hollywood", but wasn't too excited saying it. During the performances, I would pray-"Lord, help me do well, so that I glorify you!". I want to use this opportunity in this blog to thank my Creator for giving me these "creative gifts, talents, and skills to do what I was able to do during and after these performances.

The day of the performance, I would create a blog to record my list of Theatrical Performance Tips? for future reference and help others that might go through similar challenges in preparation for a similar or bigger performance. When I got to the park an hour before our performance, one of the kids from the ensemble gave me his autograph after I gave him mine (signed "Jafar...keep shining")

My biggest tip would be getting yourself spiritually prepared. I would meditate on a Bible verse (Psalm 121) the morning before my first performance, which would help me during the performance. I somehow felt "down", so I remembered this particular verse and prayed. I asked God to give me strength to finish this show. Despite missing some lines (one obvious one in the last scene if you watch the video below :( ), I thank God for helping me get through this first one.

Here is a pic from a scene from our 1st evening show.. 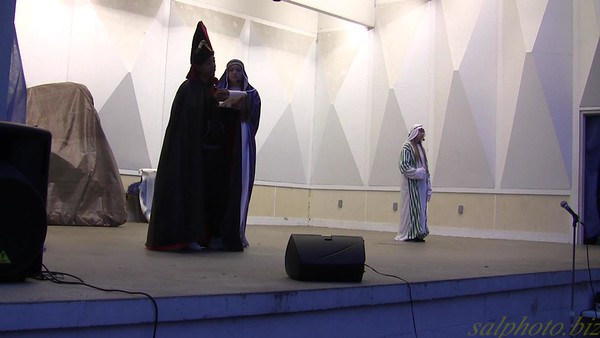 Plays in the Park: Aladdin the Musical-1st (Sept 11th 15) Performance Pt 1of2


Plays in the Park: Aladdin the Musical-1st (Sept 11th 15) Performance Pt 1of2 from Sal Photo Biz on Vimeo.

In the second show (Saturday, September 12th 2015), I continued more of my preparation tips. While doing some errands Saturday afternoon, a couple of young teenage boys shouted "great job last night" while biking back home from Thrifty White to develop pictures. One thing I did differently was standing up while practicing my lines earlier and later in the day. I found this tip through a google search too. I then wrote down the lines I missed during the 1st show, so I can get it really on my head. Then I did some meditation (after biking -a pedestrian shouted "great show last night" on my way back home-to the local fitness center to wake me up after a power nap) by listening to some worship song (from Real Ministries last Saturday evening) while putting on my character outfit. I was still a little nervous during our 2nd performance. Another additional activity that helped me was just praying for my fellow cast members when they were performing. Even during the middle of one of my performances between lines, I started praying blessings for the audience in attendance. This somehow helped me get through the nervousness. All this made the 2nd show a lot better. I missed one line and didn't say of my last lines clearly, but thankful I finished! We ended the last night by having a Cast get-together at Pizza Ranch, which we stayed till 10:20ish that evening.

Overall, it has been a great 5+ weeks getting to know some of my fellow cast members and it was fun overall. It was a lot of work memorizing lines, our dance routines, etc... It was definitely a great experience and willing to do this again..hoping for another fun musical!

Posted by goodnewseverybodycom at 11:54 AM